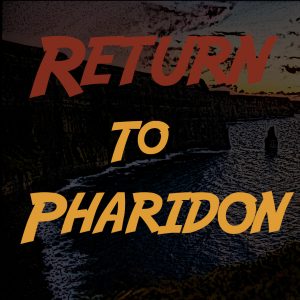 Welcome to the Mirrored Lands, a Prime Material Plane mostly unnoticed in a far corner of the Cosmos. A young realm whose history is still being written.

Join along as four adventurers journey to Pharidon, a continent uninhabitable for a century.

Once home to a mighty empire, Pharidon was devastated by the Dark War and left barren. Now the land seems to have recovered and is ripe for exploration.

Father Becker – Con man and Huckster who left his home city quickly to avoid repercussions from an unfortunate “misunderstanding” of legal matters. While traveling to Pharidon he took on the disguise of a simple priest when he suddenly gained Cleric abilities granted by a mysterious and unknown deity.

Roddy – Declaring himself Alder Billit-Smithy the Third, Duke of Calaban, Inheritor of the Golden Fleet, Lord of the Red Sand Shores, Alder has journeyed to Pharidon to press his claim on lands promised his family during the great war. He graduated from the Caliban Naval academy and served in the Calaban Defense force. After a time Alder reveled his true name is Roddy and that he is an elf. Long in the service of the Billit-Smithy family after being rescued from a Pharidion slave ship just before the Dark War began. 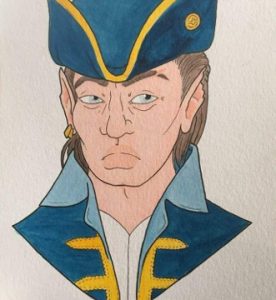 Hatham Halward – Son of a respected arcanist and graduate of Oxenbrook University. Looking to earn his father’s approval with new discoveries in the field on Naturalism, Hatham charted his way to Pharidon with high hopes. 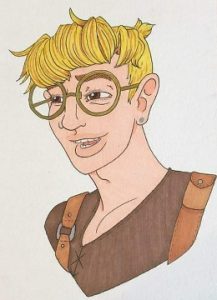 Ashirion – Veteran of many battles and skirmishes, captain of the 5th Brightdawn Rangers. Ash hails from the Estella Nation in southern Errincia. He has travelled to Pharidon hoping to escape  his bloody past and start over. 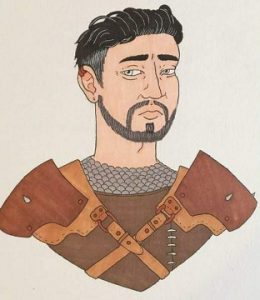 Craven Carlyle – Patriarch of House Carlyle and council member of the Free City of Port Hullbeck.

Markus Bronstad – Elderly father of Rasmus. Served Craven Carlyle most his life. Now acts as a councilor to Craven

Dobs – Half Orc Cook for the Carlyle Estate. Not big on talk but an artist with a stew pot.

Templar Rosanna – Preistess and Templar for the Church of Asmodeus.

Hellandra Orisys – Paladin of Tartys and council member of the Free City of Port Hullbeck. Wields an intelligent Holy Avenger (Greatsword) that communicates in song.

Iolas Quinric – Representative of the Red Lion Mercantile and council member of the Free City of Port Hullbeck.

Rob Lancaster  (ie rob the builder) – Head of the Lancaster Family, Builders from Ardisport (Large city in North Eatern Illumar) Forced out of business after running afoul of the powerful guilds of the city. As a smaller outfit they had trouble competing with guild required wages and were caught using non guild labor. Used what money they had left to move the family to Port Hullbeck, hoping to put their skills to good use. Recently secured a contract with the provisional council to build a town hall. Also entered into a contract with Lady Avica

Archibald Nevliss – Trained as the University of Kaserat as a Cosmologist. He took a job with the Moonmaw  trading consortium as a quartermaster. Hoping it would give him plenty of time to study as well as take him to many places of interest. However shipboard life proved too busy and he began looking for something else. He came to Port Hullbeck just in time to witness the pirate attack. Afterwards we was offered a job as city clerk. Since the offer included room and board as well as strict hours, Archibald  accepted the position. Coincidentally (or not?) Archibald openly worships Asmodeus. 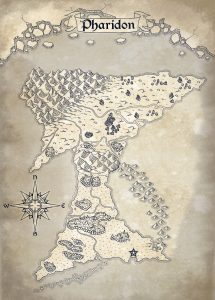 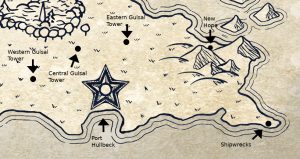 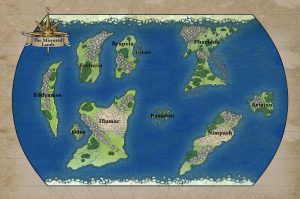